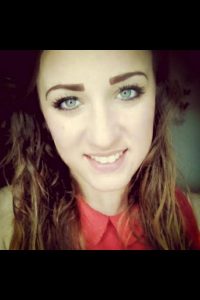 When CRM Online’s MD, Peter Sidhu, heard that his wife was helping to raise £7,000 for a worthy cause, he offered his own support and that of CRM Online.

Jackie Sidhu took part in a triathlon in a bid to collect enough funds to buy Lotty Richardson a new realistic prosthetic leg.

CRM Online gave £500 to Lotty’s appeal. Half this amount is from our Indian partners Squadsoft and Nitin Grover, who have been in the UK working and watching Jackie prepare for her race.

A year ago Lotty Richardson had to have one leg amputated from below the knee, due to a large Sarcoma in her ankle. After undergoing seven months of intensive chemotherapy at the Teenage Cancer Ward at Addenbrooks Hospital, Cambridge, Lotty returned to work. Due to her strength and character she is walking on a prosthetic leg.

“Lotty is only young and wants a more realistic leg,“ said Jackie, who completed a triathlon in 3 hours 4 minutes. “Lotty’s family have found a new company who make bespoke prosthetic limbs with matching skin tones and a realistic appearance. It is our dream to raise funds to purchase her two limbs. One for all weather use and one for general use.”

Peter said: “I and CRM Online are delighted to offer our support.”

Last year Lotty, her family and colleagues raised £5,000 for the Teenage Cancer Trust and the ward, where she was treated. “It is now time for Lotty to benefit from our fundraising,” said Jackie, who spent hours practising running, swimming and cycling.

When Peter heard that his wife was a little nervous of swimming in open water around a lake on her own, he donned a wetsuit and joined her on her practise session.

Lotty said: “I am really grateful to CRM-Online for their donation”.

Lotty’s parents of Great Wratting, Suffolk. are organising a craft day, friends are doing sponsored runs, walks, cycles and an Autumn Ball is being planned for later in the year.

So far more than £2,500 has been raised for Lotty. To find out more details and learn how to donate, go to: Lotty’s appeal